Fallodon Way Medical Centre is a GP Surgery in Henleaze and has a very large percentage of elderly patients, many of them living independently. A large number of these individuals find it difficult to get out and have little interaction with others, leaving them feeling lonely, isolated and vulnerable.

Research has found that social isolation can bring about a deterioration of health and wellbeing resulting in additional pressure on existing health services.

RSVP(Retired and Senior Volunteer Programme) have had in place with the surgery a driving scheme which enables patients to keep doctor and hospital appointments.

It was in 2014 that the practise asked if the RSVP Volunteers could help in overcoming the isolation and loneliness that many of the patients were experiencing.

Working together John Durant, the coordinator of the RSVP volunteer driver’s scheme, and Debbie Cook, Surgery Care Coordinator came up with the idea of “Tea & Talk” (T&T). 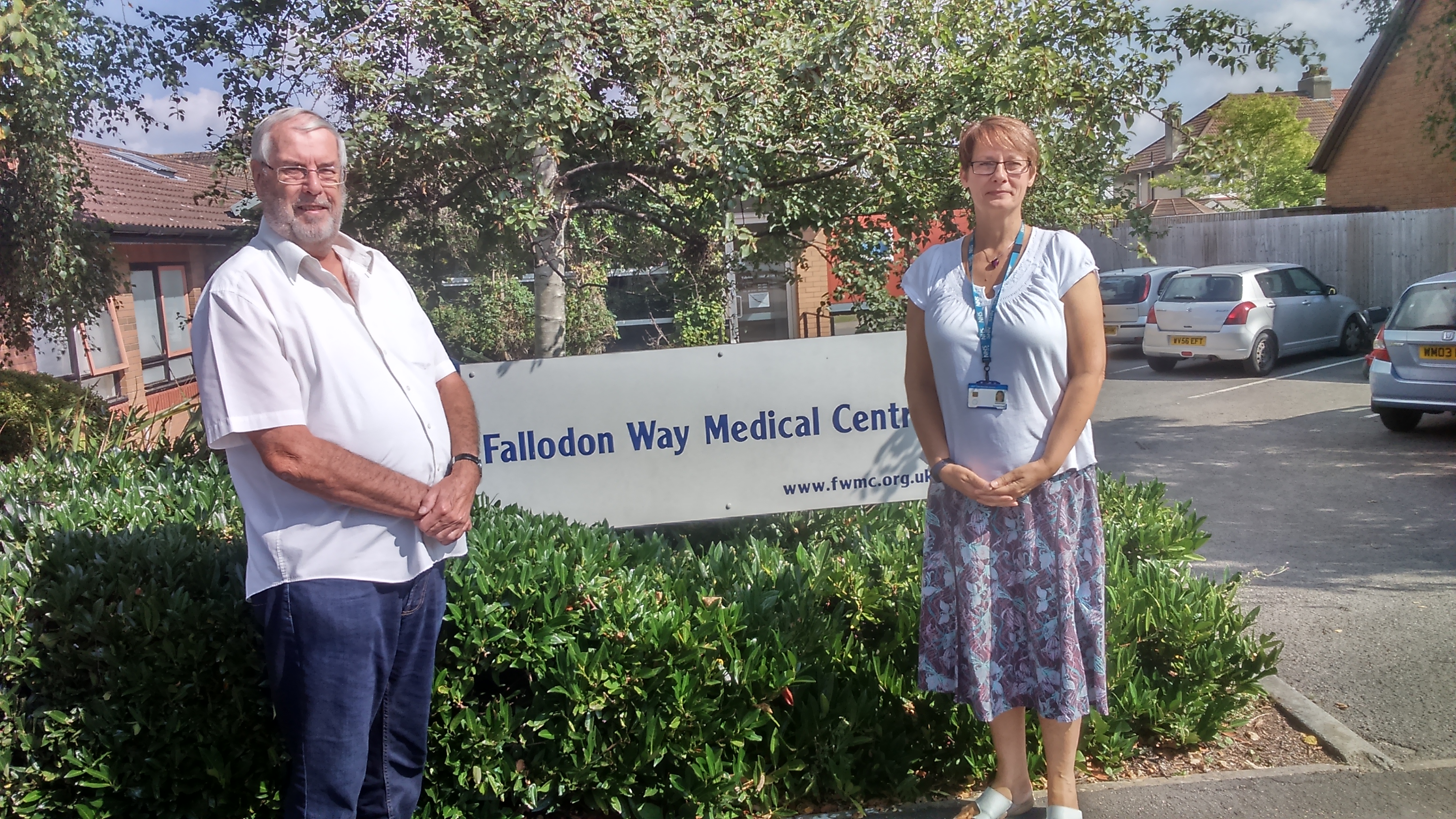 The idea was to encourage people to get out of their homes, to try to re-engage with society. Together Debbie and John were all too aware of the social isolation of the elderly patients so were able to identify suitable members.

In November 2014 the first T&T took place, with a membership of 16 invited patients (guests), at The Eastfield Inn on Henleaze Road. Not only did the pub not charge for use of their room, but also supplied tea and cakes at a reduced cost. Of the invited guests, 8 were over eighty and 6 over ninety.

News spread and soon all members of the practice from GPs to reception were identifying suitable prospective members.

Demand was such that the meetings continue to be held from 3.00pm to 4.30 pm on the second Tuesday of each month at the Eastfield Inn. The management of the pub have continued to support the initiative with subsidised refreshments and their services.

In order to make the meetings more than a social gathering and something more informative and interesting, speakers were invited to come along and talk on many subjects. These have included, home adaptations, reminiscence, music/dance, transport schemes, crafts and many more

In June 2015 T&T received a generous grant from the John James Foundation which now funds the refreshments so that only a nominal charge is made to our guests. Funds are also used to pay for trips to local attractions and Christmas lunches.

A BIG Thank You from RSVP West !

RSVP (Retired and Senior Volunteer Programme) is proud to be part of Volunteering Matters.